For several years, we have talked a lot about ‘pharmacy deserts’, a term that was coined in 2014. Since then there has been a growing awareness, although this awareness has largely been focused on rural pharmacy deserts. Now, before you run off to look up what a pharmacy desert is, let me save you some keystrokes [...or read our blog post 'What is a Pharmacy Desert']. 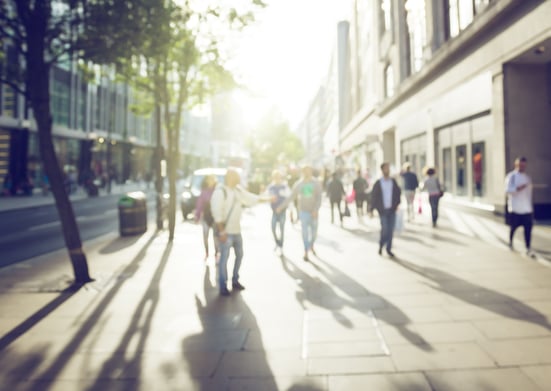 For those who chose to stick with me instead, an area is generally considered a pharmacy desert when the closest pharmacy is greater than 10 miles away. This definition is easily applied to rural areas, which have seen an unprecedented number of pharmacy closures. In fact, a recently published white paper indicates that in over 40% of counties residents have to drive more than 15 minutes to a pharmacy. This has created a pharmacy access problem that many are trying to solve.

Why do Urban Pharmacy Deserts Exist?

In order to properly measure and identify urban pharmacy deserts, we must first understand why they exist (Spoiler Alert: it’s not the number of miles from a pharmacy). We need to change our thinking and recognize that distance from a pharmacy is just one piece of a larger problem. That problem is pharmacy access. Period. And pharmacy access cannot be described solely by measuring a radius or measuring the distance from Point A to Point B by car or Google maps, yardstick, or whichever way you want to measure it.

Rather than viewing the issue of urban pharmacy deserts in terms of distance, let’s consider the notion that it would serve us better to reframe how we discuss the pharmacy access problem. From there, we can frame a few thought-provoking questions. What barriers to pharmacy access exist in urban populations? How are they different from barriers in rural communities? What is the impact of these barriers? While answering all of those questions is beyond the scope of a ~1000 word blog post, let’s explore some growing trends that researchers are beginning to identify.

Trends in the number of pharmacies in urban communities

We cannot move forward without first describing pharmacy access in urban communities. From the most recent Pew research, we know urban communities across the country have not only increased in population but are also composed primarily of minority residents, including a large proportion of Black and Latino.

This is relevant because recent research published in the Journal of Health Equity, has highlighted that Black and Latino communities have fewer pharmacies compared to white and diverse communities. Other research, found in the Journal of American Pharmacist Association has also shown urban pharmacy deserts (nearest pharmacy > 1 mile) in these areas have largely remained unchanged or in some instances, increased. This suggests current measures have had little impact on addressing pharmacy deserts in these areas.

It is largely anticipated this trend will continue to exist or, even more likely, worsen. Independent pharmacies make up a little over one-third of the pharmacies that provide services to urban communities. We are now seeing similar closures of independent pharmacies in both urban and rural areas. This was once thought of as a rural problem, but pharmacy closures have impacted urban areas for largely different reasons.

To compound the matter further, staffing shortages are resulting in closures and limited hours of pharmacy operation. But the true insult to injury is large chain pharmacies are continuing to announce a significant number of store closures, which is bound to impact both urban and rural communities. If this is the case, we can expect the decline in the number of pharmacies in urban communities to continue, and unfortunately, further worsen pharmacy access.

While the framework for defining urban pharmacy deserts revolves around the arbitrary one-half mile to one-mile distance, between a community and pharmacy, it does not explain why health disparities continue to persist in these communities.

Researchers have been hard at work trying to better understand what factors impact pharmacy access and contribute to the existence of urban pharmacy deserts. We are learning this issue is largely driven by socioeconomic factors, which is something distance cannot account for.

In a recently published study investigating urban pharmacy deserts in Los Angeles, researchers noted access to pharmacy services was impacted by not only distance to the pharmacy, but by several social determinants of health (SDOH). These determinants may include renter status vs homeownership, race, native language, the federal poverty level of the area as a whole, vehicle ownership, and a decline in the number of healthcare providers.

A telling observation of this study was that most residents in this urban setting did not own a vehicle. This is significant because many people will (incorrectly) assume that a half-mile or mile is a short walking distance. Let’s be honest, when is the last time you walked ½ to one mile to your local pharmacy or to run errands? It’s not surprising then, that studies indicate that even when a pharmacy is placed within “walking distance,” pharmacy access problems persist. Even in sunny Los Angeles where the weather is always perfect and there’s access to public transportation and the terrain is largely flat. Accessing pharmacy services half a mile away is not a possibility for a large number of able-bodied people due to SDOH (stay with me, remember, that stands for social determinants of health). Now, imagine this same scenario in a Philadelphia winter, Atlanta summer, or in the mountainous areas of Colorado. Or imagine this same scenario for those who have mobility issues.

Why Does This Matter?

The question we must ask ourselves is ‘How do we measure and account for SDOH or other socioeconomic factors that impact pharmacy access?’ The answer to that is not black and white, and as we discussed in previous blog posts, it is clear that using mileage is not it. Even if it’s as little as half a mile away, measuring the distance from a pharmacy is not sufficient and often underestimates the number of urban pharmacy deserts. Furthermore, some urban areas with pharmacy access issues are missed by the federal government’s identification of medically underserved areas. And I assure you, in determining what areas qualify as a medically underserved area, the federal government accounts for more than distance.

Unfortunately, we don’t have the answer on what’s the best way to measure or account for factors that impact pharmacy access like SDOH. But I do want to highlight that there are risks for overestimating access. Overestimating risks leaving communities without access or with inadequate access to pharmacy services. This helps perpetuate existing health disparities by causing decreased access to vaccinations and health testing, as well as worsen adherence rates and health outcomes. In conclusion, it’s members of the community who ultimately suffer when we are shortsighted in how we view the issue of pharmacy access.

As new and innovative solutions are explored, I implore you to ask yourself a few questions: How do we change the policies we create around solutions  to be all encompassing? Do policies today allow the solutions to address all aspects that may influence pharmacy access and public health? Or could they further perpetuate or contribute to a growing problem? It is human nature to try to neatly define a problem so that we can better grasp it. This becomes a challenge when everything can’t be easily accounted for or measured. Pharmacy access in urban communities is one of those problems. It’s time to reframe how we think about it, reframe how we discuss it, and not limit our efforts in its resolution.