Austin Hook is the Technician in Charge for a small chain of independently-owned Medicap Pharmacy locations in Idaho and Oregon. He has spent time in several locations over his six years with Medicap, working in traditional pharmacy locations, telepharmacies, and locations that act as a hybrid of the two. 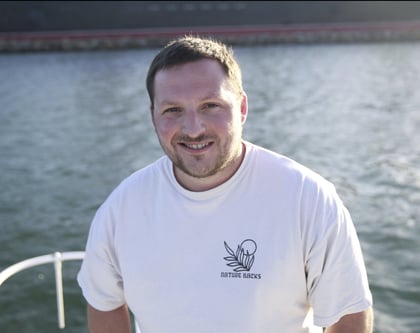 Austin started his pharmacy career as a delivery driver, but over time, he worked his way into the pharmacy as a technician. Pharmacy owner Devin Trone came across TelePharm a few years ago and decided it would be a good business move to open a telepharmacy. Austin, eager to take on a new challenge, jumped on the opportunity and volunteered to be the managing technician at the new telepharmacy in Garden Valley, which was one of the first telepharmacies in Idaho. Austin worked at the telepharmacy under supervision of the remote pharmacist for the first year and a half, and even though it was a long commute for him, he felt it was more than worth it considering how much he enjoyed the work.

Garden Valley was an adjustment for Austin being the sole technician, but it enabled him to take on more responsibility and grow his career. He then made another big transition when he was transferred to another Medicap telepharmacy in Parma, ID. This pharmacy was bigger, with several technicians on staff and a pharmacist only on-site intermittently. Austin was able to lean on his previous experience working alone in the Garden Valley location and translate those skills into a successful role as a leader and trainer of the other technicians at the Parma pharmacy.

After that, he made yet another move to the Meridian, ID location, where he saw his role expand even more and was promoted to his current position, which is the Technician In Charge for all of the Medicap locations. This includes overseeing the training and performance of the technicians in each of the Medicap pharmacies and telepharmacies.

When asked whether he enjoys the move toward technicians taking on more responsibility and having more autonomy, he says he embraces the change.

“It’s the way the world is going now. At least in Idaho, technicians are able to take new prescriptions from the doctor over the phone, transfer prescriptions, and administer vaccines. A lot more responsibility is being placed on the techs, but the modern technology we have ensures we’re doing our jobs accurately. I know a lot of techs want to be able to use their licenses to the best of their ability, and with new laws and regulations allowing techs to do more with their license, it works out especially well in a telepharmacy.”

Austin says not only does the use of telepharmacy software allow the technicians to do more with their license, but it has allowed the pharmacists to practice at the top of their licenses as well and focus more on things like MTMs and patient care.

The experience of working in telepharmacies allowed Austin to grow in his career and develop better problem solving skills and become a customer service expert.

With Medicap pharmacy being independent, ownership has a lot of say in how they run their pharmacies, which Austin says allows them to care for their patients better.

“That’s something TelePharm has helped us with because now we can help patients quicker and we have multiple pharmacists from various locations checking prescriptions so patients aren’t waiting 45+ minutes at a time. We want to provide solutions to keep our patients healthy and make life easier for them, and TelePharm helps us accomplish that in an efficient and safe manner.”

When asked what advice Austin would pass on to his fellow pharmacy technicians out there, he said that trying new things and getting uncomfortable is the key to growth in the profession.

“Don’t be afraid to try new things. Pick up the phone and take patient calls, do the stuff you don’t normally do, put yourself in different situations to learn new skills instead of standing on the sidelines.”

Austin certainly hasn’t stood on the sidelines in his career, and he’s been rewarded for that. Both in terms of professional recognition and personal fulfillment by impacting his coworkers, employer, and patients in a positive way.